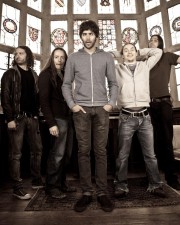 UK progressive metallers Tesseract have today released their new album Altered State via Century Media Records. In conjunction with that release, they have also released the music video for “Singularity”.

Check out “Singularity” as well as the Altered State track listing here.