TGIGF: Listen to a lot of All Out War today for Jesus 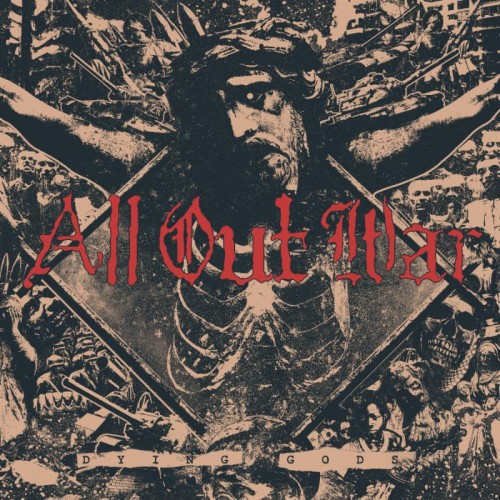 In celebration of not so Good Friday we’re posting All Out War‘s For Those Who Were Crucified for no good reason other than it rules (and I mean, those Slayer riffs with the early metalcore…still so fuckin heavy)!

Did I mention the Long-running New York-based hardcore/metal stalwarts will also release Dying Gods this year? Yes, my homie Mike Score continues to lead the assault the band started in 1991 on the ears of the sheeple. Pure crossover of the illest kind, metallic and angry as hell but educated in history.

Now nearing the band’s two-and-a-half decade mark, ALL OUT WAR proves that age has only refined the band’s killing capabilities on Dying Gods, a brand new EP which the band is about to unleash upon humanity early this Summer. Dying Gods sees the band return to the sound of For Those Who Were Crucified, and just like that timelessly brutal album, Dying Gods was engineered and produced by Steve Evetts (Hatebreed, Turmoil, Buried Alive, Suicide Silence) at West West Side Studios in New Windsor, New York. The record sees the band bringing five decimating new original tracks and covers of two iconic underground anthems.

Tour dates and music to get pumped to below.

ALL OUT WAR Tour Dates:

More On: Metalcore, General News, All Out War,
share on: