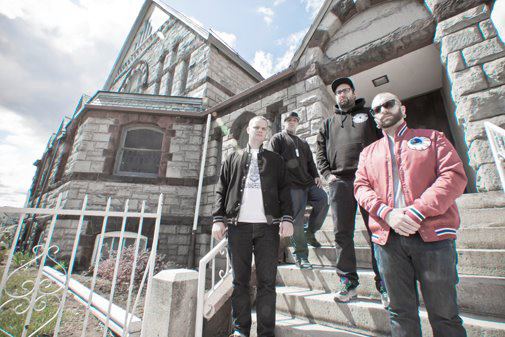 Rise Records  announced via Facebook that The Acacia Strain have finished recording their next album, due for summer release and produced by Will Putney (Stray From The Path, Four Year Strong, Reign Supreme).

“Just talked to Vincent from The Acacia Strain. He said the band just finished tracking the new record (roar of huge cheers). They play NE Metalfest this weekend and then head overseas to Australia/NZ.”

If you don’t catch Acacia Strain at NEMHC this weekend (or especially  Sam Black Church!), you are probably an idiot. If for some reason you have a valid reason for not attending like I do (a bevy of car repairs), kill yourself. No, just wait and see Acacia STrain at Skate And Surf in May! They are playing Sunday, May 18th on the same day as Alkaline Trio, soon to be missed (and great live) The Mongoloids, United Nations and more.

More News On The Acacia Strain: