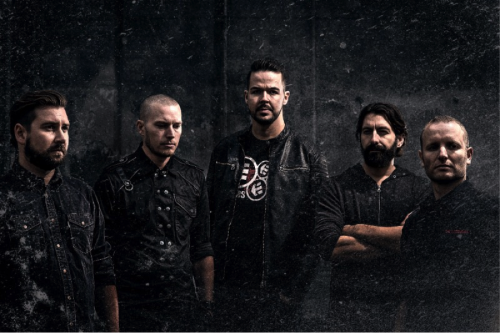 The song comes off the band’s forthcoming album Among the Amorphous which is due out June 23 via Long Branch Records.

Singer Dara Corcoran on “Deceptive Signal”:
“Deceptive Signal is the 2nd track on our coming concept album about The Interbeing’s struggle with his creators. In this song The Interbeing hears a signal and is drawn to it but it turns out to be a trap made by his creators. To realize the visual storyline we contacted the gifted Jeb Hardwick and flew him in to Copenhagen to shoot the ambitious video. The countless hours playing in a green screen studio and postproduction really paid off. Jeb did an amazing job creating this other dimension with us and The Interbeing in it.”

Check out the video for “Deceptive Signal” here.

More News On The Interbeing: