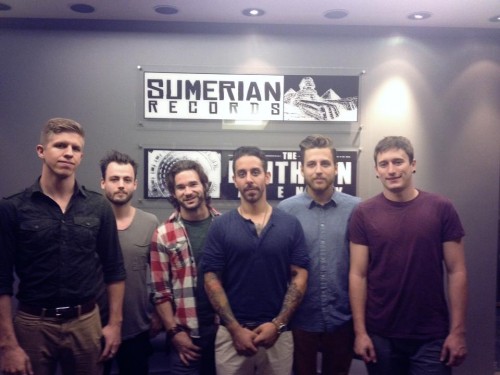 Canadian proggers The Kindred (formerly Today I Caught The Plague), after having signed on with Sumerian Records last summer, are preparing to release their Sumerian debut, Life In Lucidity.

Life In Lucidity will be released on February 25th.

The Kindred will embark on a North American tour with Between The Buried and Me in February and March.

Check out comments from The Kindred’s vocalist David Journeaux here.

“The album title, Life in Lucidity, relates to the concept of life being nothing more than a very lucid dream, wherein if you were to wake from it you may either wake in to another dream or in to true reality. It also toys with the notion that if you can realize you are dreaming within this world you can gain complete control over everything that happens within it; complete responsibility for the path your life takes. We are incredibly excited to get this album out to the public and to take the songs to stages across the globe. Being able to start the process with Between the Buried and Me is a bit of a dream-manifestation in itself, as a number of us have been big fans of the band for many years, and have always named them an act with whom we would love to tour one day.”

More News On The Kindred: