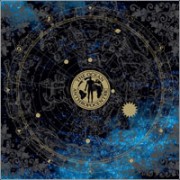 Today MetalSucks.com will begin streaming “Anthropocentric,” the upcoming full-length from German progressive/atmospheric metal enigmas The Ocean, in its entirety. The stream will remain active until November 8, the day before the official North American release date.

“Anthropocentric” is the sequel to the band’s “Heliocentric” long player, released earlier this year. Where “Heliocentric” tells the story of the rise of the heliocentric world view — the idea that the earth revolves around the sun — and the effects this discovery had on Christian belief and occidental culture, “Anthropocentric” challenges the views of creationists and other modern fundamentalists who still believe that the earth is at the center of the universe and no more than 5,000 years old. “Anthropocentric continues the critique of Christianity, inspired by the questions that Dostoyevsky asked and some of the answers that Friedrich Nietzsche and Richard Dawkins gave,” notes guitarist Robin Staps.

Musically heavier than “Heliocentric,” “Anthropocentric” covers a similar sonic and dynamic range as its predecessor by including a number of calm, acoustic moments, but these are, for the most part, orchestrated with guitars, and not so much with piano and strings. “The album is a pretty big production, and still has a very earthy, organic feel to it,” says Staps. “We’ve spent a great deal of time on the basic sound this time around — the drums, bass, guitars and vocals — and at this stage I am pretty confident that this will pay off in the end!”

“Anthropocentric” will be released on November 9 via Metal Blade Records.