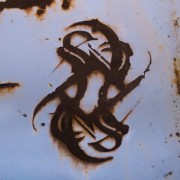 Threat Signal’s VIGILANCE was a big step forward for the Ontario groove metal machine. VIGILANCE as an album fully built outward on the promise of their Christian Olde Wolber’s produced debut UNDER REPRISAL, cementing this band’s dedicated fan base even further with true believer material like the speeding bullet hate fest of “Beyond Recognition” or the epic “Another Source Of Light”. I have a lot of respect for Threat Signal/Arkaea vocalist Jon Howard for being himself and doing things his way, whether by using his singing voice despite criticism from some “screamier than thou” types or through his commitment to evolving his band(s) via enthusiasm, a strong will and drive. Threat Signal and Arkaea are both in between records at the moment, but I talked to Jon Howard about the personal triumph of VIGILANCE, what is coming up for both his bands, the recent Threat Signal touring with the iconic Dark Tranquility and the ever pesky theme of musical aesthetics.

JON HOWARD: Hey man! Things are great with me. Right now I’m working long hours in my home recording studio. I’m in the processes of tracking this killer band from Cornwall, Ontario. I produce, track, edit, mix and master other bands in my studio when I’m not working with my own bands.

MORGAN: I love the title VIGILANCE of the most recent Threat Signal record. It is a powerful word and I bet Hatebreed are mad they missed using that one for an album name! You are really multi-faceted and as you said you also record bands and produced VIGILANCE yourself. It takes that extra level of focus (i.e.: vigilance!) to get through life AND the music industry. Can you tell our readers about the record title?

JON: Well basically my lyrics are based off how I view life and the world around me.  Certain songs could be about personal issues, global issues or just life as I view it through my eyes. The title VIGILANCE sums up my writing completely. I speak about being awake and aware of life and the situations going on around us.  I encourage people to think for themselves and question everything.

MORGAN: How did it feel to be part of the recent Threat Signal dates with Dark Tranquility in support of their WE ARE THE VOID touring in the States? Did you have a fucking blast or what? That is a heavy tour! Also, who is drumming for you now? I am confused (laughing).

JON: It was an honor to support Dark Tranquility! They are such an influential band in this genre. Our music meshes very well together, so we had a great response from their fans. This was also the first tour we’ve been on that every member of the headlining band shook our hands and introduced themselves on the very first day. Very easy going band and fun to party with! Our drummer is Norm Killeen. He’s been playing with us for years. You may have heard some rumors lately that he had left the band. That is only because we are currently looking for a fill in drummer while Norm takes care of some family issues.

MORGAN: Yeah, that’s what it was. Good, I’m glad he is still involved! “Gone Tomorrow” from your other band Arkaea featured one of your best performances to date. It’s a really great song. Can you talk about what you were thinking about while writing that tune? I love that Arkaea debut.

JON: Wow, thank you… I’ve received some great reviews of that song, and some really horrible ones. The bad reviews come from people with closed minds that can’t appreciate a slower more rock based song. It’s not all about head banging at 200 beats per min for me, fuckers! (laughing) I was in a really stressed out point in my life when I wrote that song. I felt like running away from the world. Everything in my life was just blowing up in my face and I felt like it would have been better if I had just disappeared. Hence the line, ‘by the time you read this I’ll be gone’. Everyone goes through this shit, and obviously I stuck it out and got through my problems because I am a strong person. But everyone has their low points, and that’s what I wrote about.

MORGAN: What are your feelings on VIGILANCE compared to your first record with Threat Signal? It builds on your sound and still has anthems, like how “Afterlife” just kills right off the bat and has powerful lyrics about death.

JON: I feel VIGILANCE is a more mature side of Threat Signal. We focused a lot on song writing and melody as opposed to the first album where the songs were a lot heavier and we tried to be that heavy, hard hitting band. VIGILANCE left the door open to more ideas and more band members contributing their ideas. It was a whole band effort unlike the first album which was written only by 3 members.

MORGAN: Yeah, like “Another Source Of Light” really expands the Threat Signal sound. I love the epic intro which almost reminds me of Megadeth…and the classical guitar. Is there anything you guys won’t do? Can you talk about the message of this song? People often leave behind/turn their backs on others and live to regret it.

JON: We’ve always loved the classical and acoustic guitars in metal! It adds such diversity and flavor to the music. Long epic intros that build into a song are defiantly a favorite of ours.  The song “Another Source Of Light” was actually written with my cousin in mind. He used to play for Threat Signal years back. We grew up together and I considered him my brother. He’s done a lot of shitty things to me over the years, and I always forgave him. I hope he realizes one day how fake he is and what good ‘real’ friends he has lost… Losing a friend is one thing, but blood is another. Get off your high horse and drink a beer with me, you pansy.

MORGAN: That’s very personal and thanks for sharing. Let’s find out some more about you, if that’s cool. From your lyrics you come across as someone who is deeply reflective but also vents frustrations at (many) times. There seems to mostly be a positive goal but you also are good at painting somber pictures with your words and vocal melodies. It’s not only about adrenaline. What got you into metal or other forms of music that appeal to you and made you take this path?

JON: Singing and writing helps me vent a lot of frustrations in my life. I’m a very honest person who lays everything out on the table. I don’t tend to hide myself and it comes across in my writing… I do touch a lot of negative topics but I try to find the positive side in everything.  I started playing music in the grunge / rock scene, listening to bands like Alice In Chains, Nirvana, STP, etc. I then found metal and that pulled me to another side of music. When I figured out there was music I could scream to, I was sold!  I could scream all I wanted and vent my frustrations as a kid to music, and it was acceptable. Who could turn that down? (laughing) It’s a very positive form of getting aggression out and sending a message for me.

MORGAN: Like you touched on earlier, I hate when the underground sometimes equates big choruses or epic parts as “selling out”. “United We Stand” by Threat Signal really shows that this is bullshit. That song works on so many levels and god forbid it appeal to more types of listeners than just death metal fans or something. Thoughts?

JON: I totally agree. Look at where we came from, people?! There was barely any screaming in metal at all back in the day. It was all heavy music with catchy melodic vocals. Now metal is classified as a bunch of girlie looking dudes in tight pants screaming and playing breakdown after breakdown. Any douche bang with a mic who can scream monotone for 30 min is considered a singer these days. It’s a fuckin joke.

MORGAN: Halford is still the king! (laughing) Hopefully you don’t mind talking about this…When you joined Arkaea, because of all the controversy at the time, a lot of people I think unfairly were comparing you to Burton C. Bell. They should let you be your own singer. I also know that there were personal issues involved for Dino Cazares, and I am a big fan of his playing and have interviewed him, Raymond and Burton before…but I thought it was kinda lame he was bagging on YEARS IN THE DARKNESS in the press. It seemed very colored by personal issues. The truth is that the Arkaea record is bad ass and features some of Raymond’s best drumming, especially the title track and “Locust”! Plus, I think you have way more stage presence than the newer Divine Heresy singer.

JON: A lot of people expected Arkaea to be the new Fear Factory. Many fans already knew in their heads what the band should sound like, and they we’re completely wrong! Arkaea is a project that allows us to make whatever music we want, heavy or soft. I even have a song with me singing to an acoustic guitar… It’s a very experimental album, and I’m VERY proud of it!  I thank everyone who took the record and listened with an open mind, as a new band. As for Dino and Burton, I have the utmost respect for them and what they have accomplished in music. I’m a fan! The FF crew may have their own drama, but I’m not a part of it. Even if shit is talked on me once and a while, I don’t care, I’ll take the higher road.

MORGAN: Right on, dude. Are you writing a lot these days? What is on the horizon at the moment? How do you find the time to delve deep and write lyrics amidst so much going on in your life?

JON: We are working on new Arkaea and new Threat Signal at the moment. So I’m planning to release two albums next year. Lyrics usually just flow right out of me once the music is written. I always write to a song, the song kind of tells me how to feel and what to say.  Threat Signal also has a Euro tour planned this Nov. with Sybreed and Raunchy, those dates will be released soon!

MORGAN: What is the funnest part of being in bands for you…meeting fans, metal babes or recording and performing?

JON: I love every part of this life but the most fun and most amazing thing to me is the reactions from our dedicated fan base. Who would have thought people would tattoo our logo on their body and that my music would change people’s lives for the better? I’m grateful every day for what I have and very thankful for the fans who make this life possible for me!  Cheers everyone!