Canadian metalcore band Threat Signal pull the wraps off their new album, showing the metal world what is in store for their upcoming release, “Threat Signal.” The ten track album was produced and mixed by renowned audio mastermind Zeuss (Chimaira, All That Remains, Born of Osiris) at Planet-Z Recordings in Hadley, MA. Artwork was created by Colin Marks (Origin, Scar Symmetry,Suicide Silence.) The band is quoted saying: “We are headed back to the “Under Reprisal” days but with bigger balls.”

Recently, they posted a behind-the-scenes look at drum tracking here. “Threat Signal” is due out on October 11 from Nuclear Blast.

Click here for a shot of the artwork and track listing. 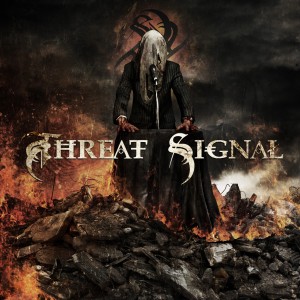