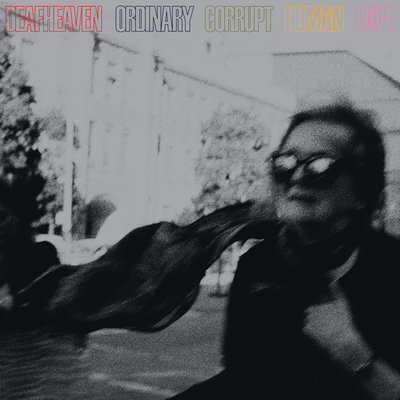 Thursday’s news, space jammers. First order of business,  a hearty don’t let the door hit your ass on the way out to “EPA Administrator” aka corrupt scum Scott Pruitt. The GOP will forever own the stain of climate denial and corrupt profiteering from endangering humanity recklessly.

Secondly, Therese Okoumou, you are the embodying spirit of a more perfect union, the right to protest injustice and the hope for change to stop the destruction of any semblance of American dignity before we can heal our deep trauma as a nation at ideological war between the forces of Good and the hideous gaslighting White Supremacists who revise history and quake in terror of progressive change. Thank you so much, true American hero. You have more bravery and dignity than the entire GOP and all their supporters in your pinky.

The below image, reshared by Bernice King, is as iconic an American image as I have ever seen in my 40 years.

“Somewhere I read that the greatness of America is the right to protest for right.” #MLK #ThereseOkoumou pic.twitter.com/SVLqyEMDeN

I couldn’t in good faith just write about (even inspiring or revolutionary) music today without acknowledging the power of this moment. Now, let me direct you to some metal news to stir your spirits.

The new Deafheaven album can be streamed at NPR today! Ordinary Corrupt Human Love is available to curious ears in full RIGHT HERE. I have been crazy busy and so have not heard it yet myself but am gonna put it on in the background as I write this. The intro of “You Without End” that kicks things off has some somber but kind of warm piano and some post-rock vibes before a spoken sample thing and I am digging this mellow expansive beginning so far. It’s nice to be truthful and absorb stuff at your own pace rather than feel like you have to cram an experience in just to get a review shoved out. But anyway, I’m really looking forward to hearing how these guys have evolved as they have grown on me with time. So far I have to say already that this tune is kind of the coolest thing I have heard from them yet and is straddling some more interesting and colorful lines for my tastes. 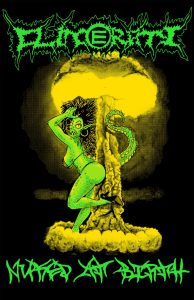 True punks Cliterati have a new EP called Nuked At Birth you can savor over at Cvlt Nation at present! One of the most uncompromising, fun and important bands in 2018’s underground, Cliterati are miles above most of the pack in terms of importance, relevance and perhaps most importantly…anthemic fucking music!

The latest from the Oregon-grown hardcore punk collective featuring Poison Idea, Voetsek, and Murderess alumni –  this EP serves as a precursor to the band’s split with Violation Wound, set for release via Tankcrimes later this month, and includes one original track as well as the band’s scathing renditions of L7’s “Fast & Frightening” and Cro-Mags’ “Hard Times.” Holy tofurkin’ awesome, batgirl!

Comments CLITERATI screamer, Ami Lawless, “We’re stoked on this free EP with the title track also being the name of our upcoming summer tour. We also have a new Nuked At Birth shirt design to complete the trifecta! The other two tracks are covers that we sometimes do live. This EP was all done in one day. We just decided to have a fun recording/mixing/mastering session, no pressure, and give it to the people who’ve been supporting our band since the demo. The lyrics to ‘Nuked At Birth’ are loosely based on the book Geek Love. Go read it!”

Ami, I used to have a copy of Geek Love and regret I never finished reading it. Thanks for reminding me! The first half was pretty good and someone stole it a long ass time ago, hahaha.

Hear Nuked At Birth, courtesy of Cvlt Nation, at THIS LOCATION.

Download the EP for the cool price of FREE at the official CLITERATI Bandcamp page HERE. 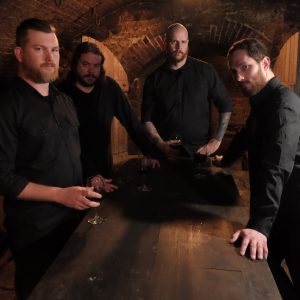 American death/black metallers CAST THE STONE and David Hall (Uneasy Sleeper, Portal, The Melvins) unleash a video for their cover of Indfestdead’s (Dan Swanö) “Jesusatan”. The track appears on the band’s forthcoming six-track EP “Empyrean Atrophy”, due for release on August 31st via Agonia Records.

This shit fuckin’ rocks and the David Hall (Portal, Melvins) video is really nuts and visually well done but prob needs a genuine serious warning if you are epileptic. Intense!