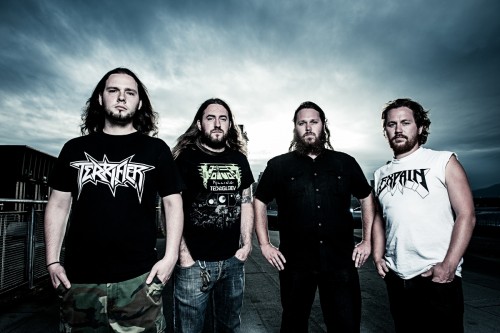 Vancouver thrashers Titan’s Eve are getting ready to drop a new album.

Chasing The Devil is due out on July 12.

Vocalist and guitarist Brian Gamblin said this of the new album,

“We are so proud and excited to start sharing our upcoming album Chasing The Devil with the metal community! All we want as a band is to empower and connect with all of you and this new album will do just that.”

Check out the Chasing The Devil album preview and Titan’s Eve tour and festival dates here.