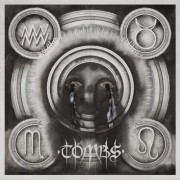 Brooklyn metal trio Tombs have confirmed a string of european tour dates in support of their latest release “Path of Totality.”

A list of confirmed dates can be found here including recently announced North American shows, an appearance at the Relapse Records Scion Showcase and this year’s Roadburn Festival in Tillburg, Holland.

“We’re honored to be part of Roadburn this year. Personally, I’m stoked to be going not only as a dude that plays in a band, but as a fan of extreme music. We’re also looking forward to travelling with Hierophant, the shows are going to be a blast.”

“The Path Of Totality” was released in 2011 via Relapse Records.