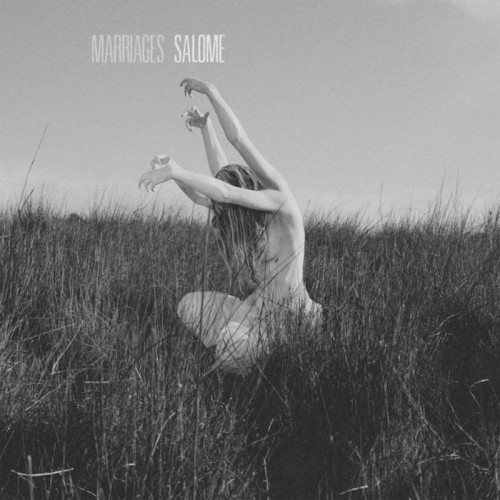 They say that during troubled times it is often good to find escape or comfort in routine. Some people do well at staying on task. Others find too much friction between their emotional state and the mundane. Sometimes there is relief found unexpectedly though when you can get things done and restore small oasis-like moments of order to a chaotic World.

Others believe in the law of attraction and positive manifestation. I think it is a combination of an energy filled Universe, will, karma, inertia and many other often scarcely tangible movements that create the crescendos and decrescendos that compromise our lives. But sometimes we are hit with a lot at once.

This year was often like that for me and I am going to be less active on the blog front than usual for the next few weeks, determined to sort of coast out the rest of the year being very energy mindful and reflecting on love, life, death…all the big stuff.

As we think on the multifaceted Paris tragedy, I have read many people expressing sorrow at the sacred concert space being violated, that communal place of coming together. I totally agree.

The beauty of extreme music or rock n roll or hardcore or even the bat cave gloom of the industrial scene is that you can sometimes morse code , smoke signal or Instagram your messages out to like minded souls, the “Children of the Night” (to quote Dracula and lead in with a Tribulation tie in to transition to my year end list).

The following are some of the records that I found to be the very best this year. It might not be the same for you. I know Iron Maiden had a great double album and my favorite hard rock band Clutch is not on here, but because I am biased and always write about them. Instead I wanted to focus for my best of list on records I think were made by lesser appreciated bands than Lamb Of God , Megadeth, Motorhead or other giants.

Heck, Between the Buried And Me got a 5 star rating from me this year but their record isn’t on this list.

These records struck me the most, however.

That said, Coal Chamber, Failure, Faith No More reunited this year. None of them are on this list but all put out great records. Across the spectrum of tastes. Rock and metal are still pulsing. We can all make a huge and living racket that says we are here and share in that rush of blood , adrenaline, spirit that can never be silenced. 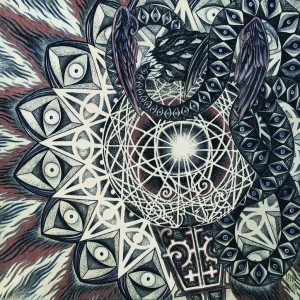 This band has always stupidly had detractors. Whatever shade they have touched on of styles or line up, the Sorceron brainchild has executed music that somehow winds its way into discussion with a dark artistry that seems to come from a bone deep meditation on what metal can mean. Personally I would never call the band who had James Murphy and Trym Torson involved in one of their EARLIEST efforts, poseurs.

Jeff Wilson (Wolvhammer, Chrome Waves), drummer Charlie Fell (Cobalt, ex-Lord Mantis, ex-Avichi), bassist Will Lindsay (Indian, Lord Mantis), and a guest appearance by Neill Jameson (Krieg, Twilight) are on board this one. It’s a dark and varied ride that twists and reveals like the serpentine artwork from Stevie Floyd.

The Accuser is not only arguably the most evil sounding album of the year ( which is saying something considering a new Leviathan record is also out), but it has a more painful, barren and road hardened sense of commitment to it that is bled all over the record and even if the band never played another note would hang like guitar decay for quite sometime, haunting the chapel.

Salome is probably my favorite all around record of the year, if not precisely “metal”. I consider it the best rock record of the year, with Abigail Williams being the most “metal” record, over all. That is a gross oversimplification of hotly disputed terminology, but fuck it.

This somber but captivating album is more exciting than the Cure touring in 2015 because it is like they were younger and playing heavier post rock fronted by a more shoe gaze inspired Tori Amos, the drama and emotion hovering between held back and bursting out. Pretty much a masterpiece. Sent it to Amanda Pearl Daniels and she dug it, so that was cool. I think it’s a fuckin’ masterpiece.

This Prosthetic debut for the Boston based trio is a forward pushing tour de force of hard to classify sonic and emotional clarity. A hard edged bootcamp of cosmic industrial tinged space metal. And not like in a shitty prog way. Like fucking Ministry circa the golden years was fronted by an axe playing powerhouse lady with the full band working in unison to knock shit out of their way. Really driving and explosive record. Reminds me a bit of what I loved about the French band Sleeppers  where the music would never let you stop feeling the momentum of the world spinning. 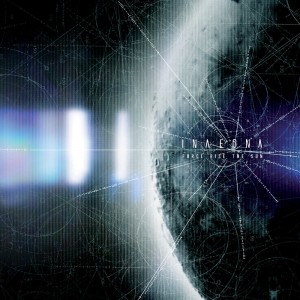 4. Brothers Of The Sonic Cloth. S/T 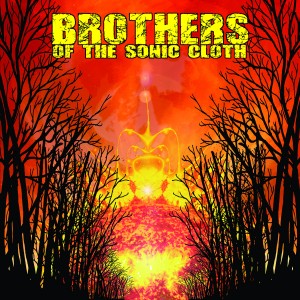 Tad, Peg and drummer dude (Dave French) mercilessly deliver on the promise of Grunge royalty’s return to maximum heavy, informed now with a doomier onslaught that parses well with today’s times. Crucial and relentless must have record if you followed any sort of underground sensibility this year and love your rock history to boot. Packs a punch many younger bands would kill for and more relevancy to boot. Billy Anderson stamped as well.

Demon Lung, Crypt Sermon and With The Dead all made super heavy doomy records that seriously ruled, but this was the closest to my heart overall.

This one gets such a high ranking on strength of conviction for metal alone, to say nothing of the potent performances. Tuomas was a cool interview this year for us here at MR as well. 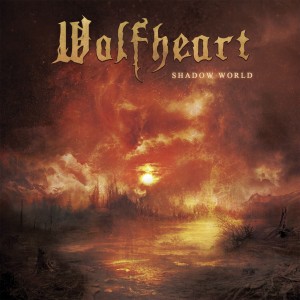 6. Gospel Of The Witches. Salem’s Wounds

Karyn Crisis, Davide Tiso and Immolation dudes make a beast of a tribute to the depth and history of witchcraft, mediumship and esoteric death metal and alternative rock. Genius on many levels and pagan as fuck. Not kidding around dress up. And the live show was fucking tremendously bad ass and a welcome event to witness. 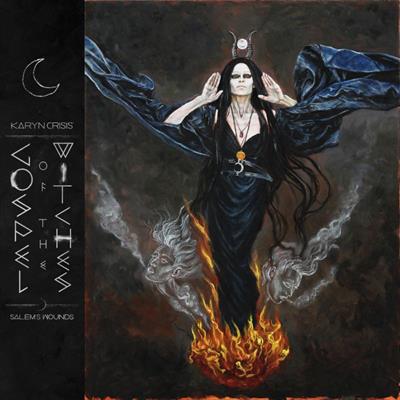 Spiritually powerful stoner rock/sludge scene newer school yet stalwarts navigate changing relationships, ghostly feelings and feelings of drowning to make good on the promise of everything they’ve done before with chops, rocking but innovative arrangements and the continually brilliant, bluesy vocals you expect. “Time Machine” is perfect for peace finding and earnest rocking that hurts not so good but is like the comfort in being sad. The devil knows your name but you are gonna dance in the pale moonlight anyway, etc. Definitely a “the way out is through” album that rings of life experience and proves the band has great strength. This kind of art would break up most bands. 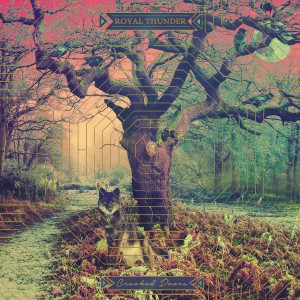 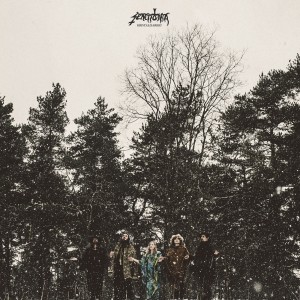 Slightly weird, trippy, awesomely Finnish crystal cult record and just heavy enough for the retro side of hard rock to hang with stoner rock bands, this Svart release is a future classic that is deeply enjoyable on countless repeat listens. Melodies, shuffling drums and a band completely in their element. It’ll rekindle your belief that rock can never die. Songwriting that has the freedom you might expect in the best Dead Meadow stuff or Graveyard but seemingly even less self conscious. Love this.

9. He Whose Ox Is Gored. The Camel, The Lion, The Child 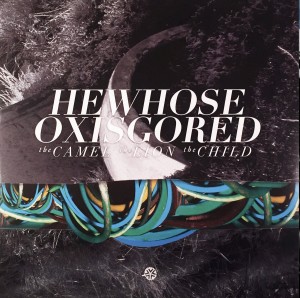 Just gonna link you to my album review HERE. This band really moves me.

This Montreal band are on their own wavelength completely and somehow made the best Southern Lord release of the year even stacked up against the latest Goatsnake monster! That’s saying something. This group has tremendous and awe-inspiring potential and everyone needs to pay attention. Robin Wattie interviewed HERE. 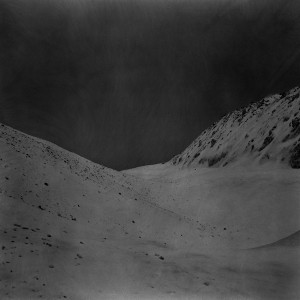 You may be wondering what a band like 36cf, a partly metalcore, nu, road dog and loosely hardcore band -yet not always the most heralded -are doing on a list like this in a year when more critical darlings like Deafheaven or So Hideous made raved about records where they got not only heavier but also grander, to choose two straws, for example, from a hat in a year when many, many great albums were thankfully made. Personally, while those were very impressive releases , the vocal performance of the year for me was Brock Lindow’s career best on the emotional clobber of the title track. It owns you.

He also wrote me an awesome letter of condolences when my father died and this record was very much his own mourning process for a family member of his own, backed by some of the most killer groove metal you could ever hear that proves once and for all that this band can hang with any Deftones or Sevendust or even Vision Of Disorder you throw at them and stand as proud peers. Parts of it even get Crowbar/Acid Bath heavy.

The whole record is a milestone for the act. 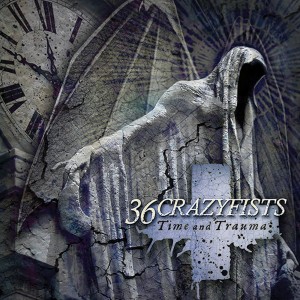 “Neoplastic” alone from the recent Immortal Bird record has the desperation you need and want in the best metal but charges forth full throttle like when real punks get pretty damn sick at their instruments. Some of the most fired up riffing and powerful movements of the year. Real ferocity and sense of purpose to this record and my favorite album cover art of the year with maybe Shining’s Everyone, Everything, Everywhere, Ends as a pretty close visual runner up for records that really are striking musically in a way that pairs so well with the visuals on the sleeve. 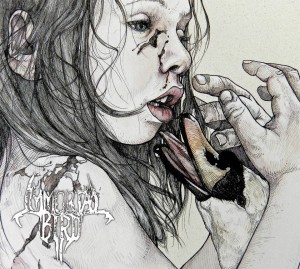 This record title should be a mantra for our times as long as the self assessment is real and not defensive and unearned. We all make mistakes and need some forgiveness at times. We also have to forgive others. Somehow we need a cleaner slate or the cycles of violence and well poisoning of humanity and this globe continues.

This post-rock/gloom/punk heavy bad ass of a record is full of songs that you’ll be swaying and singing along with, big guitar moments that hit you where it counts and survives in you like a punch drunk ghost who can take a punch even if it doesn’t pass all the way through the corporeal form without causing any harm. There is a real lonely heart to this album but it is as “warm” as any Joy Division wrought love tearing apart, and somehow boasts a member of Revocation. 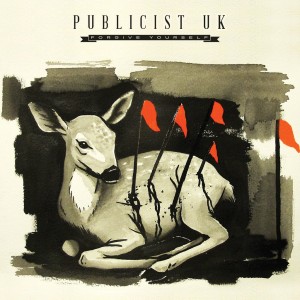 14. Tribulation. Children Of The Night 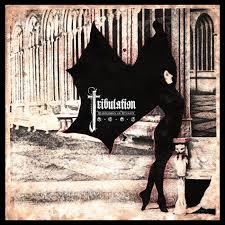 An undeniable album of tightly executed aesthetics with a darkness that has a jet black heart and delivers each twist and turn with frightful flourish. Tell me you aren’t rallied by the power of the verse riffing of “Melancholia” and I’ll tell you that you just aren’t metal. This record made me feel like a rock n roll Watain had decided to go to Broadway horror shows and the carnival and have fun instead of the pig’s blood thing. Just a monster album for every night child.

15. Confrontational . A Dance Of Shadows

A super pure tribute to John Carpenter, 80’s soundtracks and action movies that don’t exist with way more tribute than a Kung Fury funny pastiche of goofing from the artist formerly known as Hasselhoff. Many of the best metal sites around the world gave props to this synth wave record that fuses the tension of a good thriller with serious attention to detail. Guest spots from Madonna/ex-Prong guitarist Monte Pittman, Darren Travis of Sadus and even Cody Carpenter. Plus the music really kicks butt on its own and isn’t just like some stylistic contrivance. 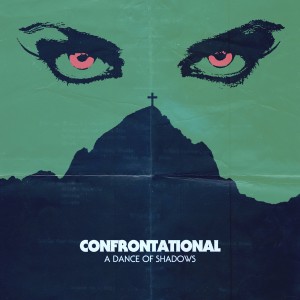 Keep your heads up out there. You’re all beautiful and fucked up and it’s ok. Hail Starbucks.