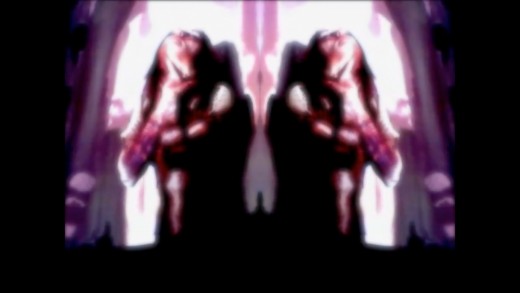 In the basically post MTV age people pretty much have to search for music videos unless they are forced down our throats like “Hotline Bling”, but it means that in more underground musical chambers there are still some really cool things being done. Whether as incentive to wow ever fickle blog culture based fans or because artists just feel like they are supposed to make music videos, the following 5 clips really kicked ass and went the extra mile to create a special experience for fans.

1. Shining far and away had the coolest video this year, putting in serious
work to film atop fucking Trolltunga. How many bands actually risk their lives
to make a stupid music video? This willingness to go the extra (literally)
mile is part of what keeps Norway’s industrial blackjazz psychos so fun and
growing more popular with each release. Jørgen Munkeby is a sax wielding stud
and makes it seem like metal’s most innovative and daring days are clearly
still ahead. Read all about this video HERE and watch below.

The mainly pastel color palette, fire and shadowplay suits
the tone of the increasingly doomy song. It’s a simple idea but an instance
where the aesthetic doesn’t need to be super flashy. The imagery of dancers,
the backlit (or flaming) band symbols and the alluring flash of lights off of Myers striking
features is enough, suiting the morose and best track on the band’s recent S/T
jammer ideally.

3. Rivers Of Nihil‘s “Sand Baptism” is a performance video that works. There
is a hysterical reveal at the end you wouldn’t expect from a band who sound
this tough and tech-death and plus David Brodsky had some little kids fly
drones around to maximize the outdoor setting. All in all it is super cool and
was one of the most discussed metal vids of the year.

4. The scene where the prisoner decides to go back in his cell at the end of
the bloody fun and fucked up Slayer video for “Repentless” is just one reason it
is one of the year’s most memorable metal vids. The riot scene as the band
plays looks pretty fake and silly (and how did the one dude get weights in his
own cell?) but there are enough shady characters and great cameos from tough
guys to make this easy to watch numerous times. Nothing against Slipknot, but
their videos are kind of stuck in a certain style lately, IMO. Slayer just
went simple, brutal and no spooky masks needed. Not to mention the title track
from Repentless fuckin’ rules and I don’t give a purist shit who agrees with
me. Bad ass song and still the best of the big 4.

5. Behemoth videos are always a fright fest full of twists, turns and horrific visuals, but the band switched it up unexpectedly on the conceptually quite awesome video for the title track of their most recent masterpiece The Satanist. The clip is like a Satanic episode of Person Of Interest, mining a territory of surveillance, invisibility and an increasingly unrecognizable sense of self. The rising paranoia of the video and the beautiful grays and simple theme of barren city clamor, chess set cuts and rainy traffic make this one of their more terrifying videos, the dread and apprehension growing even without as much use of the band’s famed costumes (which do make an eventual hellish appearance, of course).