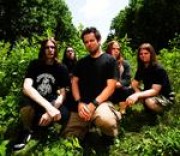 Canadian modern metallers Threat signal are on the way to hit Europe in about two weeks. Vocalist Jon Howard commented: “Finally!!! We are flying our Canadian asses over to Europe. We’ve been looking forward to this moment since we started the band in 2005. We’ve finally made it happen and we couldn’t be more excited! Since we didn’t get a chance to tour our first record ‘Under Reprisal’ in Europe, we’ve decided we are going to include a lot of those songs in our set list. We will also be playing a few songs from our latest album ‘Vigilance’. Raunchy and Sybreed have agreed to join us on the tour, which I’m very happy about. It’s great to play with such influential musicians and actually really enjoy watching the bands play every night. I’ve been a fan of these bands for years. So if you think your European asses can out drink a Canadian, come down to the show and let’s see what you got! We’ll be hanging out in the crowd and it will be a party every single night. Looking forward to meeting all of you! Cheers”