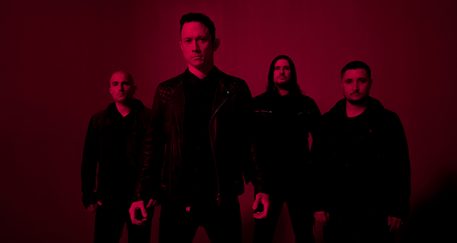 Trivium are back with a follow up to Silence In The Snow and you might be wondering if the new single is able to top what was arguably their best album since perhaps Shogun. Well, “The Heart From Your Hate” can be heard below. It is pretty cool. Little less of a Metallica/Megadeth musical vibe to this one than the “Silence In The Snow” single (which also had some of Matt’s coolest vocal melodies – It is impossible not to notice his vocal growth since working with David Draiman on Vengeance Falls).  This new single reminds me a bit more of, say, Demon Hunter or Atreyu and has a very slick feel to the riffing, not in a bad way just more like speeding in a new Corvette than a thrash march to war.

Set for release on October 20th, The Sin And The Sentence is available for pre-order today at all DSPs and www.trivium.org, with all pre-orders receiving instant grat downloads of the album’s title track and the newly released single, “The Heart From Your Hate”. As this band grows more mature and continues to carve their name in metal history, you can’t help but feel they are destined to stay one of the biggest forces for metal that can bridge to the mainstream for the next generation. Here’s hoping they keep at it.