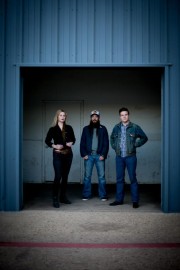 The Texas metal upstarts True Widow are getting ready to release their Relapse Records debut on July 23 entitled Circumambulation.

Singer/guitarist DH Phillips had this to say of the release:

“I’ve always considered us a simple band but these songs seem even more boiled down. I’d say the pace is a little different as well.  Things are a bit more upbeat.  We also did not want to do a double LP.  For me, as a listener of records, I get tired of getting up to change sides so many times.  We wanted it to fit on a single record so the album clocks in at about 45 minutes as opposed to an hour like we have done in the past.”