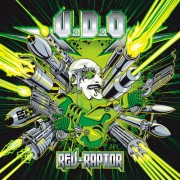 German heavy metal act, U.D.O., has recently released new live footage from their current tour. Some of the footage was shot by fans on October 2nd in Tampere, Finland. It has also been confirmed that the band will be playing at next year’s Waken Open Air Festival. To see the live video click here.