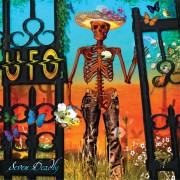 “Seven Deadly” will be released on February 28th through SPV/Steamhammer.