Varg Vikernes is released from prison 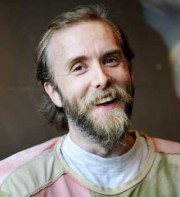 Norwegian black metal musician, and a bunch of other stuff, Varg Vikernes has been released from custody by the French Authorities. Varg was arrested  Tuesday, July 16, 2013 on suspicion he might be planing a “terrorist attract” and he was released yesterday while his wife, Marie Cachet, was released on Wednesday July 15, 2013. According to the Norwegian Broadcasting Corporation Varg will still have to appear in court for a “breach of racism law in France.”