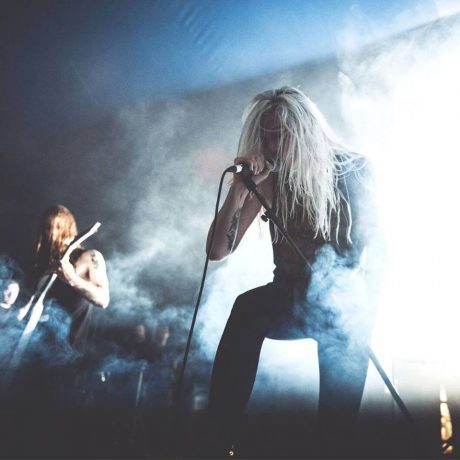 UK extreme metallers Venom Prison are one of the most exciting and take no shit bands in death metal right now, a massive breath of fresh air. Now the band have done the right thing and pulled out of upcoming tour dates with Decapitated in response to the band’s gang rape allegations. Read their statement below.

It is with great dismay that Venom Prison is opting to pull out of our scheduled dates in the UK with Decapitated. As you are no doubt aware, the members of Decapitated were arrested on Saturday, 9th September in Santa Ana, California.

It is no secret that Venom Prison are opposed to rape and sexual assault, the band continue to advocate women’s rights and bring attention to the many serious issues which continue to plague the extreme music genres.

Venom Prison would like to stress that everyone is entitled to a fair trial – via the appropriate legal channels, not just via social media – and Decapitated remain respected musicians until proven otherwise. In addition, we would state that the burden of proof in any criminal matter, at least in the UK, is that of beyond all reasonable doubt, that 99% what is alleged to have happened did happen. On that basis, until an individual is convicted, we are not in a position to comment on the present allegations.

It is imperative that we state that we don’t believe these things ‘just happen’, so regardless as to the extent of the allegations, inevitably situations such as the one Decapitated have found themselves in, more often do than don’t involve some degree of inappropriate behaviour.

As above, we have not made any effort to hide our views on what we see as an issue that is becoming more and more visible, an unfortunate ugliness that continues to spread. On that basis, we apologise to anyone who has already purchased tickets specifically to see Venom Prison, and whilst we would ask that you reserve your judgment, Venom Prison will not be performing at the scheduled dates.

Furthermore, we have opted to donate £200 to Rape Crisis England & Wales. We hope that you will continue to raise awareness to issues such as rape and sexual assault, in music and anywhere, we must continue to take a stand and as long as Venom Prison is a band, we will continue to resist censorship and make our feelings known.

We thank you for your continued support.