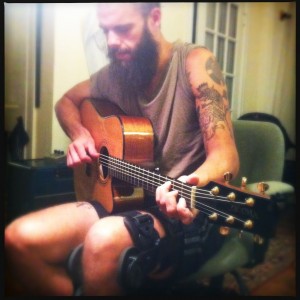 Giving their first public performance in nearly five months, Baroness members Pete Adams and John Baizely did an acoustic set at Union Transfer in Philadelphia on Sunday. The band has been spending time recovering from a bus crash in August.

Yellow & Green, the band’s latest album, was released in June 2012 via Relapse Records.