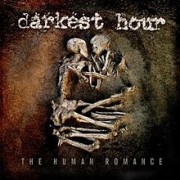 D.C. metal band Darkest Hour have debuted the music video “Severed into Separates” off their new album The Human Romance released earlier this year via E1 Entertainment. The Human Romance is a follow up to the bands 2009 release The Eternal Return. video was filmed by Mihaszna Films and you can see it here.