Video: Forgotten Tears acoustic “Frail Reality” off of their “Words to End” album 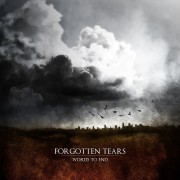 Melodic Death Metal band Forgotten Tears has recently released an acoustic version of their song Frail Reality off of their 2011 Words to End album which was released on their label To React Records.

The acoustic version of the song still does justice to the electrifying original.  They have made a Youtube video for the song which has now gathered over a thousand views.