Video: God Forbid – Behind the scenes of new album “Equilibrium” part one 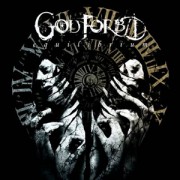 Melodic thrashers from New Jersey God Forbid have released the first in a series of behind the scenes videos for their upcoming album Equilibrium.  The album comes out March 27, 2012 on Victory Records and features an all star production cast.

The album was recorded by Mark Lewis along with Jason Suecof stepping in during vocal-tracking.   Mixing was taken care of by Swedish producer Jens Bogren.  Together these guys have worked with bands such as Amon Amarth, Opeth, The Black Dahlia Murder, Paradise Lost, Whitechapel, Devildriver, Trivium, Katatonia, All That Remains, and Chimaira.

To see the video and read some quotes from the band click here.

Vocalist/guitarist Don Coyle had this to say about the new album:

“With the new album, we focused on writing tight, hooky metal songs, there are some really fast, super heavy, groovy songs – some of the catchiest, most melodic songs we’ve ever written. We wanted a modern, but organic-sounding album that was tight but still captured the intensity of the band. The album sounds huge!  The title of the album says it all — it’s about finding your way when you’re lost. The lyrics come from a very personal, very real place. The recurring lyrical theme is about the everyday struggles of life and what it takes to persevere and follow your dreams.”