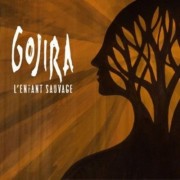 French progressive metal outfit Gojira have released the first in a series of videos where vocalist/guitarist Joseph Duplantier breaks down their new album L’Enfant Sauvage (The Wild Child) track-by-track.  This will be the band’s fifth album and is being released by Roadrunner Records on June 26, 2012.

Joseph Duplantier was recently quoted on the albums name and concept:

“We couldn’t call it ‘The Wild Child’, because it’s hard to translate ‘L’Enfant Sauvage’. It’s not really the wild child as understood in English, because a wild child for me, has an aspect like someone out of control somehow. ‘L’Enfant Sauvage’ in French… ‘Sauvage’ is something that is not educated or something that is like free and completely free in nature. A wild flower that goes wherever she wants and becomes something beautiful. The idea with ‘L’Enfant Sauvage’ is like with a human that would grow up in nature, raised by wolves, for example, without the influence from others and the influence from institutions or society in general. Without a social security number. [laughs] Not even a name. This is what you are and I am on the inside, right? How much the education and the culture, emotions and the guilt are interacting with us and it changes us and how far are we from this pure child inside? That’s the question we had on this album.”

If you would like to watch the first track-by-track breakdown video for L’Enfant Sauvage click here and if you would like to find the new album streaming in it’s entirety, you can click right here.[youtube]http://www.youtube.com/watch?v=RNhGKtah4OU[/youtube]