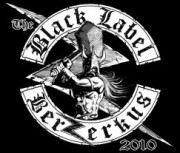 John Deservio, bassist of Black Label Society sat down with Metal Party Online for a video interview. He discusses the tour, Zach’s health issues, supporting acts, recording of the new album and the band in general.

Black Label Society has just finished the North American leg of their tour, and will be embarking on a European/Asian tour in February.