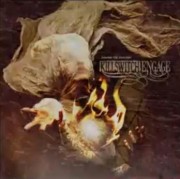 Massachusetts metal group Killswitch Engage have released a short animated trailer for their upcoming album Disarm The Descent.  The video features the album artwork and a short instrumental section from the first single, “In Due Time.”

You can find the trailer by clicking right here.

“Disarm The Descent” is slated for release on April 2, 2013 under Roadrunner Records.  For those not in the know, former lead singer Jesse Leach rejoined Killswitch earlier in 2012 after the departure of Howard Jones. Disarm The Descent will be his first release with the band since 2002′s Alive And Barely Breathing.[youtube]http://www.youtube.com/watch?v=LRUsXk5f_Ok[/youtube]