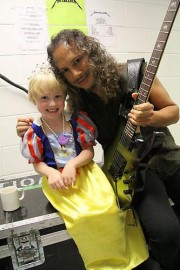 The bands have been announced, the dates and times are set, but now let the biggest metal band in the world introdue you to Metallica‘s inaugural “Orion Music + More Festival.”

Featuring non-metal acts like Arctic Monkeys, Modest Mouse, and The Gaslight Anthem, expect fans of Metallica to either stick to the Sepultura, Avenged Sevenfold and Suicidal Tendencies or expand their horizons with the other dozen acts.

Click here to watch the trailer and be sure to tell us what you think of this eclectic line-up!