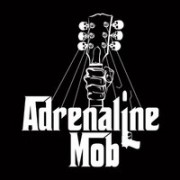 “Yesterday was Adrenaline Mob’s first real rehearsal, and we sounded amazing,” says Mike Portnoy. “We recorded our album earlier this year, but we never stood in a circle before and fired up. It was electric. I couldn’t believe what was happening before me. I think people are going to get pretty excited once they see us.”