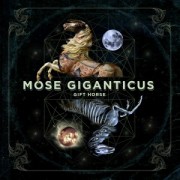 Industrial progressive metal band Mose Giganticus shows off their skills in this subterranean video for “The Left Path” taken from their current release “Gift Horse.” The video was filmed in west Philadelphia with director Joshua Camerote. The band has announced a run of May tour dates covering the Carolinas and Virginia along with New Jersey’s Sadgiqacea. Mose Giganticus has also added dates around its appearance at the Weapons of Mass Creation Fest in Cleveland, OH. Mose Giganticus are touring in support if its Relapse debut “Gift Horse.”

Click here for the video and tour dates.
[youtube]http://www.youtube.com/watch?v=k6RFY-6e-H0[/youtube]