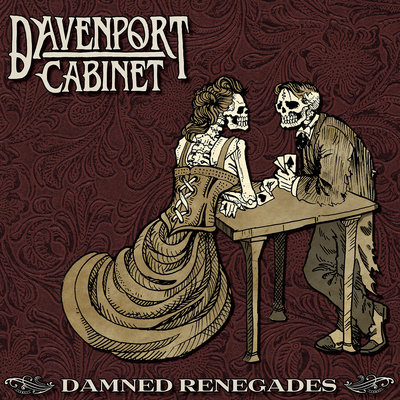 No, we don’t have three unlikely bands covering renditions of Slaughter’s “Up All Night” (though that would be interesting). Instead however there are three new videos you should peep below from prog upstarts White Arms Of Athena, legends At The Gates and a lyric vid from Travis from Coheed’s always rather interesting side project Davenport Cabinet.

Check ’em out HERE and start the weekend early.

White Arms Of Athena have completed a killer new s/t effort, recorded and mixed  by Kurt Ballou (Every Time I Die, Kvelertak, High on Fire) while being engineered and co-produced with Travis Kammeyer (Storm of Light). Scheduled for release on Dec. 2 via Prosthetic Records, the self-titled release marks the return of the band following their acclamed 2011 debut “Astrodrama.”  The thrill of this release showing Ballou working with a band who actually aren’t crust or d-beat punk and hardcore had been leaving me in major anticipation and from the dry drums to the killer guitar work and moving vocals, the album is top grade. Check out the new video below.

At The Gates have their video for the claustrophobic “Heroes And Tombs” showing at Noisey HERE. The clip, from 2014’s best comeback album At War With Reality pairs a dark descent of animation with the guttural track full of creepy and earth shaking guitar and deadly leads.

Skyler Stever made Travis Stever this lyric video for the Coheed & Cambria guitarist’s side project Davenport Cabinet, one of the best performances yet from Stever with cool vocal layering CoCa fans will appreciate. It kind of sounds a bit like earlier Coheed combined with a sort of traditional, semi-70’s indebted rock ballad. Cool stuff.

Oh, and here’s Slaughter just so ya don’t get all pissy at me.