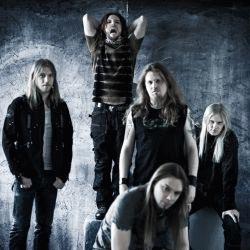 Sonata Arctica’s April 15th, 2011 concert in Oulu, Finland will be filmed for the band’s second live DVD, to be released in late 2011 through Nuclear Blast. According to a recent statement, “[Sonata Arctica] will perform a pretty unique show of at least 120 minutes. Next to songs of their latest albums, The Days Of Grays and Unia, they also will perform some of the older songs from previous albums plus some very rare songs they didn’t play live during the last years. For sure this will be an unforgettable event and a journey from the beginning of their career as one of the most popular Finnish metal bands until now — you definitely shouldn’t miss it.”

“The Days Of Grays,” Sonata Arctica’s latest album, debuted on the Billboard Top New Artist “Heatseekers” chart at #19 the week following its release.