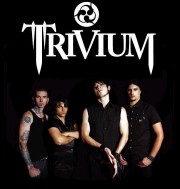 Floridia metal band Trivium have released a video for the song “Watch The World Burn.” The song is off of Trivium’s newest album In Waves which was released in August of 2011.

In Waves is the bands fifth studio album an was released via Roadrunner Records. The album is the first to feature new drummer Nick Augusto.