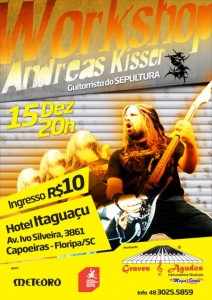 The band will return to the US for a massive headlining tour next April/May in support of their upcoming Nuclear Blast Records debut due to be released in 2011. Austria’s Belphegor, Norway’s Keep of Kalessin, Poland’s Hate, Montreal Canada’s Neuraxis, and California based Bonded by Blood will be joining them on the tour. Starting May 23, Seattle, Washington’s Nevermore will be replacing Belphegor to finish out the tour. To see comments from the band and tour dates click here.[youtube]http://www.youtube.com/watch?v=to_2Qj43GBs[/youtube]