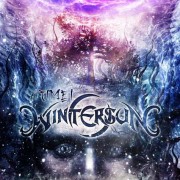 Finnish extreme metal band Wintersun have released a fourth teaser video for their upcoming album TIME I. This video focuses on the bonus DVD that will accompany the limited edition version of the album. Bassist Jukka Koskinen also goes over some of his equipment and “tricks”

TIME I will be the bands second studio album and a follow up to their 2004 self titled album. The album is set for release on October 19th via Nuclear Blast but it is worth noting that the album has experienced delays in the past.