Canadian heavy metal band Voivod have released the artwork and details for the upcoming album Target Earth. Target Earth is set for release on January 21st in Europe and the 22nd  in the States. The artwork was drawn by the bands drummer Michel “Away” Langevin and uses color schemes from the band’s past albums. Target Earth is a follow up to the bands 2009 release Infini and will be released by Century Media.

You can see the tracklist and cover art here.

Target Earth was recorded at Wild Studios in Quebec by Pierre Rémillard’s and mixed by Sanford Parker. The album will feature the original bassist Jean ” Blacky” Yves Thériault, who will be recording with the band for the first time since 1991’s Angel Rat, and is the first to feature guitarist Dan “Chewy” Mongrain 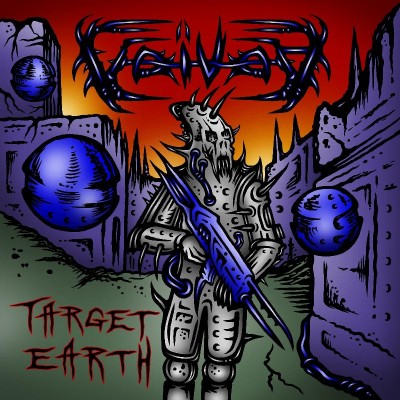