The biggest heavy metal open air festival in the world won’t be quite the same this year.  Wacken lost one of their legendary fixtures recently.  Willi Schäl, who was also known as Opa or Grandpa, passed peacefully at the age of 91 years.  He lived a long and fruitful life and will be greatly missed by the Wacken community and extended family.

Willi was known as the jam seller who cheerfully greeted the masses of people pouring into town every year.  He could usually be found in front of the W:O:A Information Office and anyone who has ever walked the streets there knew him.

Click here for a brief statement from the Wacken team and to see pictures of Willi as everyone remembers him.  This years Wacken Open Air Festival will be held from Thursday, August 2 to Saturday, August 4.

The Wacken team had this to say: 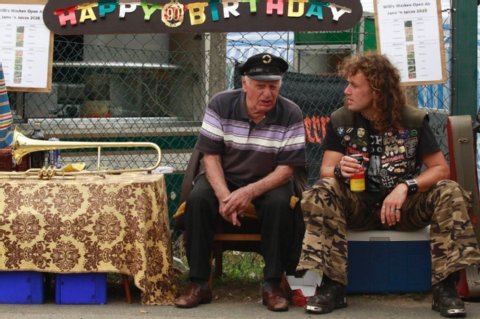