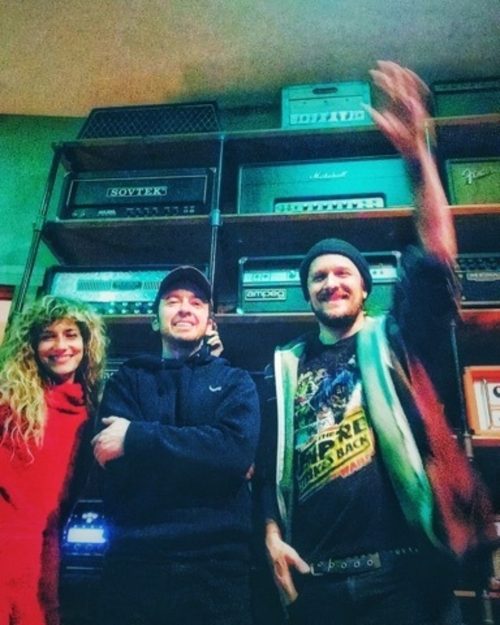 “The song was a meditation on if it was possible to write a tune inspired by GnR but about how to survive in life and make healthier choices for yourself emotionally, spiritually and physically,” Evans says. “We jokingly were calling it “Appetite For Kombucha”. It still rocks though and was super fun to crank out before I get full bore working on my next album.” – Morgan Y. Evans

The single follows WALKING BOMBS’ productive 2019 which saw the release of two albums through Nefarious Industries, leading with the Suicide By Citizenship collaborative album with Gridfailure, which featured guests from Tad, Kylesa, All Out War, Built To Spill, Surmiser, Globelamp, Full Scale Riot, Megalophobe, and more. Just a few months later, the outfit released the Sphinges, Sibling Selves And Queens album which featured guests from Cycle Sluts From Hell, The Beautiful Bastards, Globelamp, Gridfailure, Stormland, and others.