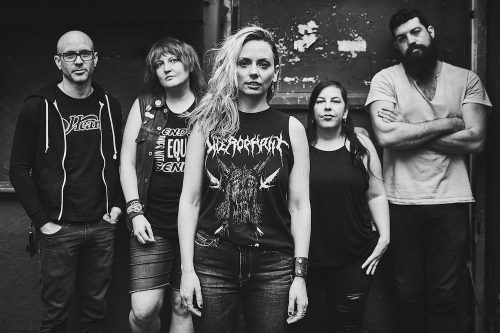 Intersectional feminist punk band WAR ON WOMEN return with new album Wonderful Hell(out digitally October 30th + physically on November 13th via Bridge Nine). You can hear a new single today! The title track, which unintentionally echoes John Lewis’ notion of “good trouble” as a catalyst for change, emerged during a period when vocalist/lyricist Shawna Potter was feeling exhausted and overwhelmed by life in the Trump era. “I think it expresses something that a lot of people are feeling. Like, ‘Okay, we had our moment. Now it’s time to get back to work. We can’t let this happen again. We can’t endure another four years of this,’” she comments.
It is disgusting the DOJ is being used as Trump’s personal flunkies to try to make sure there is no fair justice for E. Jean Carroll. The system is a joke! We need bands like this more than ever. Loving the new song. Reminds me of if old War On Women listened to a bunch of Dagnasty and Embrace and added more dissonant melody. Fucking rad!
Recorded with the band’s guitarist and co-founder Brooks Harlan alongside J. Robbins at his Magpie Cage Studios in February 2020 and completed in April (when in a COVID-19-free timeline the band would have been on tour with Bad Religion), Wonderful Hell is the first War On Women album to feature the band’s current lineup of Potter, Harlan, bassist/vocalist Sue Werner, guitarist/vocalist Jennifer “Jenarchy” Vito, and drummer Dave Cavalier.  Like War On Women’s previous albums, Wonderful Hell includes anthemic songs that tackle systemic racism, acknowledge the natural feelings of wanting to give up or self-destruct in the face of insurmountable adversity, and some that aim straight at the jugular of gender disparity.

Check out the song “Wonderful Hell” HERE. I have said it before but I truly feel they are the most important current band in punk rock.

Look for Wonderful Hell to be available digitally on October 30th, 2020 (+ on physical formats on November 13th, 2020).  More news, music, and pre-orders coming soon from War On Women (sign up to receive pre-order details here). 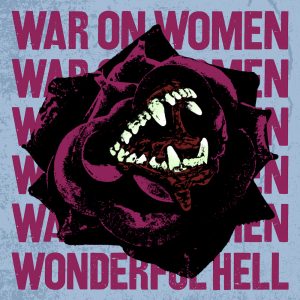