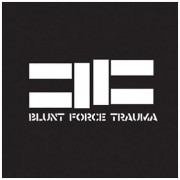 Thrashers Cavalera Conspiracy and Roadrunner Records have posted a short live clip off the bonus DVD that came with Cavalera Conspiracy’s latest release “Blunt Force Trauma.” The footage is taken from the band playing at the 2008 Les Eurockeennes Festival. Click here to watch.