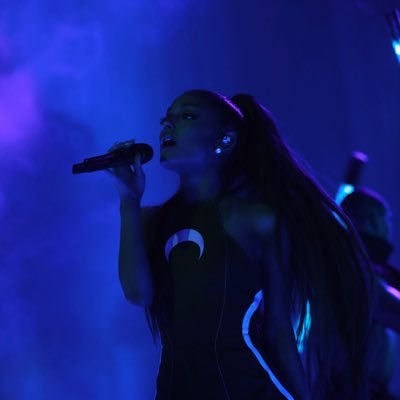 I’m not just saying this to promote MY records or anyone’s really specifically, but here is a thought on art in general. Music can bring people together of many cultures. It is very hard for artists to have a sustainable career when no one purchases their art, even if they work hard. You can only get so far without support. Now, Ariana Grande or Eagles Of Death Metal have lots of fans, BUT…if fear and terror starts also cutting in to concert attendance and (unlikely, but) somehow dented it enough, that is a direct assault on culture exchange. The arts struggle enough. The whole idea of a starving artist being more valid is masochistic and puts artists at a huge disadvantage when many of them already have a lot on their plate already as sensitive or tuned in souls.

A great refutation of ideology you don’t like, be it violence or even a political movement or corporation you are against, is to vote with your dollars. Buy organic food, etc. Do what you can. I would hope the deaths of the music fans of Ariana Grande in Manchester , some with their whole lives ahead of them now stolen, might move some of you to go out and purchase a work of art, a shirt, a book, a movie, a record or something to help further the arts and to ESPECIALLY keep music, loud unabashedly alive music of any genre (except NSBM, duh), blasting in the faces of those who see it as a threat to divisions or who don’t want sexual, racial or social mores or gender roles to evolve. One love. PMA. Our hearts at Metal Riot go out to Ariana and her fans. What a sick, sad fucking senseless thing.

Here are a few recommendations of artists of different genres, races, genders and spiritual backgrounds we suggest you support and show that humanity will NOT be thrown backwards, be it by xenophobic Trumpster Divers (supporting only Arab nations you make money off of doesn’t count, Conald Chump/Trump), radical terror groups like Isis or whoever the fuck tries to front on unity and love:

Here is what the coverage will not say: targeting an Arianna Grande concert is targeting young women. This is a violent act of misogyny.

broken.
from the bottom of my heart, i am so so sorry. i don't have words.

Today we stand in solidarity and defiance with the people of our city. Never in fear, we will endure… One &… https://t.co/IHhyeF4pxe

I am so sick of reading headlines like this. We as a race, THE HUMAN RACE, have to do better than this. A music concert is supposed to be a place where people gather to forget their problems for a few hours, not somewhere to roll the dice with your life. At times like this, I think the only thing a normal person can do is try to be the best, most moral, human they can be- in our jaded era, I believe this is more necessary than ever. For instance, this evening after I read this headline, I ran into a very loose acquaintance at the grocery store & mentioned the news. This person joked "Maybe they did it because it was an Ariana Grande show." I was too shocked to even say anything- I utterly fail to find the humor in the fact that at least 19 people are dead & many more injured, whatever you may think of someone's music. I know nothing about Ariana Grande or any of her songs, but I can guarantee that people of many different races, religions, & beliefs were at that show for the same reason- to have a good time. Some of them won't go home tonight. This is not fucking funny to me. This sort of jaded, joking, mentality is evidence to me of the continual chipping away of our humanity by the pathetically low standards of our era. We are better than this, people. It's dehumanizing, just like the freakish & twisted beliefs that allowed this asshole terrorist to kill a bunch of people they didn't know. Everything you do & say has consequences, even if you don't believe that. Make sure you do your best to think & speak with a moral heart- maybe your kindness will prevent someone from going down a dark path- you never know who you may effect positively. My thoughts & prayers are with y'all in the U.K. tonight.