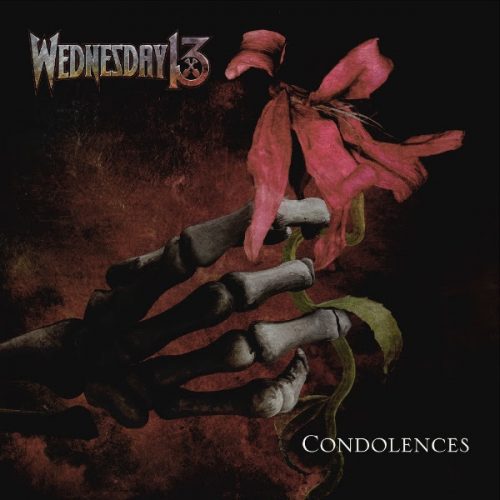 Wednesday 13 speaks about the title track:

“We weren’t trying to do a really long, Iron Maiden-type of song — it just came out that way. It wasn’t forced and I think it’s awesome! It’s one of the first songs I wrote for the record. The title Condolences came from when David Bowie passed away; I kept seeing ‘Condolences, sorry for your loss.’ I realized how powerful that word was, so I picked my guitar up and started writing the riff for it; I had the chorus instantly.”

“We shortened the song for the video — we cut two minutes off of it. But it’s still a really, really dark song. And I think we captured that vibe in the video. It’s definitely the strangest thing I’ve ever done – I filmed my fake funeral. I had all my friends there, putting flowers on a casket; it was really weird! I had a wreath that said, ‘In Memory of Wednesday 13.’ I’m the priest in it, doing my eulogy, and I’m also inside the casket, like I’m being buried alive. When we filmed the video, the director, Matt Zane, said, ‘This reminds me of Twisted Sister – ‘Burn In Hell’ or ‘Captain Howdy.’ And I was like, ‘Holy shit, it does! I didn’t even realize it.”

Read more about the video for “Condolences” and watch it here. You can also find Wednesday 13 tour dates at the link. 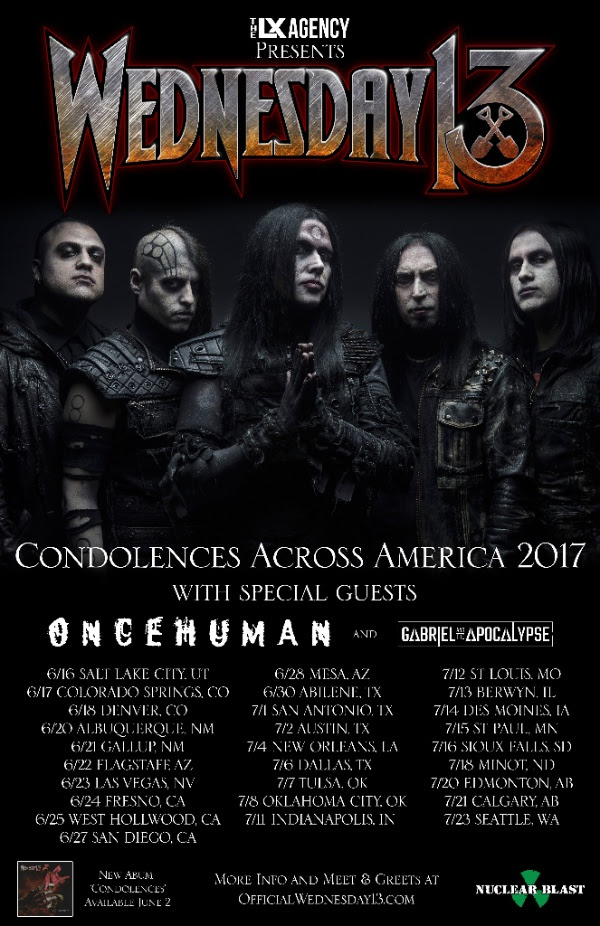 “Then, there’s a band performance; it’s just a really dark, fucked up video. All the different sounds – none of that is keyboard. That’s all Roman’s guitar and effects he has created. He spent hours creating all these soundscapes. Every time it goes into a chorus, you hear that weird, eerie high-pitched sound; when I first heard it, it gave me goosebumps. I’ve never recorded a song that gave me chills like that.”