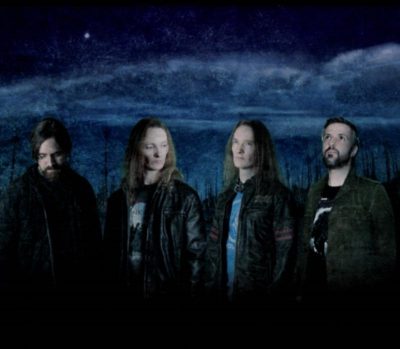 Hey there killers and saints. We made it to Wednesday. Gotta make sure each day these days, ya know? Good news is lots of cool music haps today and #ptsdawarenessday is spreading depression awareness, so that is good stuff. Bad news is fake SCOTUS justice/stolen seat Gorsuch is helping push through more and more fascism and now Union rights are getting screwed badly via #Janus ruling.  Mitch McConnell is the ugliest piece of shit walking besides Trump. Yuck. I guess when we are all exploited even more we can all listen to Municipal Waste in the gutter and drink cheap beer still, but it would be nice as shit to have work protections and a living wage, y’know? On the plus side, Alexandria Ocasia-Cortez won and that is big news.

And now the metal! If you are not scrambling for your life from an onslaught of MAGA troll negativity or Gestapo-like ICE agents, spend some time in the realm of metal when you need some self care and serious riffage. Today I have three cool developments for you to make you feel a little better about our imperiled world.

A Dying Planet (I know the name is not exactly PMA, hahaha) have a debut out in August. The band features members of Zero Hour and Cynthesis and are a progressive group you will want to know about. The outfit has completed its debut album, Facing The Incurable, and has slated it for independent release in August.

The band also features twin brothers getting progressive together, so that is pretty cool. I like the album name as it sort of reminds me of the tipping point for ecological harm. Wake up, people. 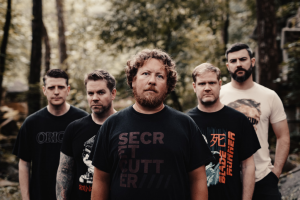 Pig Destroyer news! How we savor those words! The notorious extreme metal band are celebrating twenty one years wrecking ears this year and are playing Decibel’s Metal & Beer Fest in December (along with Testament doing a New Order and The Gathering set, wtf!!! So cool… plus Triptykon doing a Celtic Frost set, fuuuuck!!) . A new Pig Destroyer album is also coming this year in September from the fine folks at Relapse. Watch this thing below for Head Cage!

And now, for the raddest news of the day of all from mighty Twilight Fauna. I am jamming hard the new “Crooked Road” track right now and dear lord the awesomeness is real. The transition around the one minute mark from fast BM to ambient tranquility was pretty stunning. Please support one of the coolest and most genuine acts around.

https://t.co/tGz2CeqFQk Preorders are now live for the new record and the first 2 tracks are streaming. Test presses, t-shirts, embroidered patches are also up. Give it a listen, spread the word. This is the last 2 1/2 years of my life pic.twitter.com/K8EutAE6ML