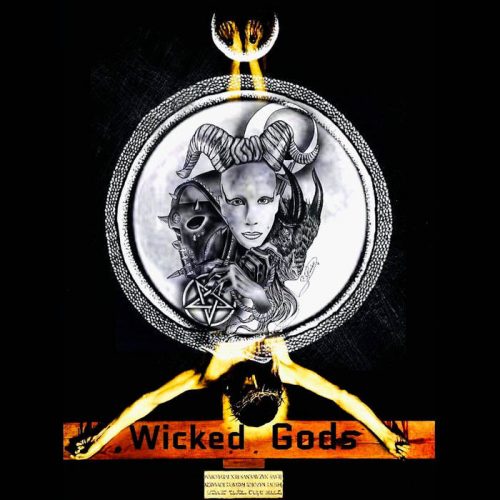 Welcome to a fresh week of metal news. I am gonna endeavor to give you some cool options other than the very underwhelming new Tool record (seriously, THAT took over a decade? Literally mind boggled at how by the motions it seemed compared to anything pre-10,000 days) which is also overshadowed by the fact that MJK has been defensively sus for awhile and even if they are ‘legal’ you don’t need to allegedly use crew to separate young women from boyfriends, abuse power dynamics and then give a terrible response about it that helps victim blame culture grow. Also, Joe Rogan soft hands the fash. Periodt. Y’all don’t have to agree with me but all this shit ended my support of a band I have enjoyed since the early 90’s and have seen live a half dozen times. Like sick shows and tours you chuds would be jealous of. The fanbase also praise chakra research and Alex Grey and enlightenment and shit on paper but meanwhile now all sound like god damn Alex Jones contrarian fucking morons bullying people. No. Done. Fake jock wading pool goth rock fan base can bug off and go circle j++k a calculator. If you can’t answer for an allegation like a grown man and instead sound pressed and like can barely be bothered or how dare anyone question you, that hurts people and also will make plenty of survivors who maybe formerly supported you wary.

I’m really enjoying the fucknuts mad hatter industrial black metal marriage of sounds on the excellent Wicked Gods by dark sound practitioners Luna13 from Los Angeles. It’s a new offering backed by Cleopatra. The sinister crawl of “Serpent” is severe and hypnotic, perfect harsh dirge to make you wretch and clutch at the sky with hate while “Death Box” has dark poetry and stomping manic moments OTEP fans could love. The torn throat vocals and black metal parts remind me of glorious cross-over moments of yesteryear when bands like BILE and Skrew or Wax Trax acts got into really pushing the range of genre malleability, while “Toxic Black” has a very cool creepy almost hip hop intro that then becomes an anthemic Nu-industrial/blackened hybrid leering over a radioactive wasteland of souls. I guess this band is known for an over the top theatrical live show and they seem pretty damn cool, so I have decided to (sa)stan. I am glad to know there are still industrial influenced West Coast acts like this band, Patriarchy or 3Teeth who are willing to give fans more than just a downcast shrug and a wrinkled t shirt for their live show. Anyway, I am really digging this album and so should you. 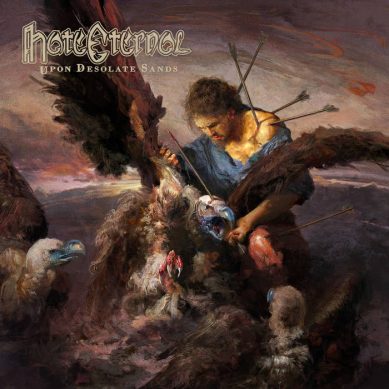 In impossibly bad ass death metal news, HATE ETERNAL’s Erik Rutan has shared a guitar play-through video for the track “All Hope Destroyed.” The song is taken from the band’s 2018 release, Upon Desolate Sands. The video can be found at THIS LOCATION and if you can play along to anything by these titans you are a better musician than I am, hahaha.

Speaking about the clip, Rutan comments; “This has been a long time coming, and something many people have asked me about me for years. I’ve always wanted to do a guitar play through. The time has arrived and I’m super excited about it! I could not think of a better song off our new album to release a play through for than ‘All Hope Destroyed.’ It showcases some of my different styles, techniques and approaches that I use as a rhythm and lead guitarist. I hope everyone enjoys it. Cheers!” 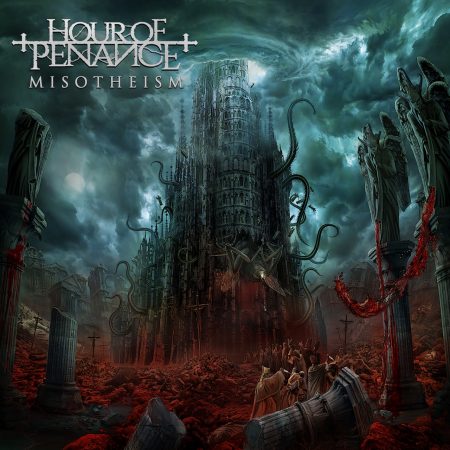 Lauded Italian death metallers HOUR OF PENANCE, reveal the first single “Flames Of Merciless Gods”, from their upcoming studio album “Misotheism”, due out on October 25th via Agonia Records. The song is available in the form of a lyric video created by Stefano Mastronicola, below. How about that merciless intro?

The band commented on the new single: “Flames of Merciless Gods” is a song about a new empire built on the illuministic values of reason and equality, who wages war against the wealthy ones hidden in their ivory towers, worshipping their only god: Money. They are the ‘bastard race’, because they have no fatherland and no motherland: their loyalty stands to no one but themselves. Their way of life is a blasphemy to everyone who is exploited by the inequalities created by their greed and is starving because of that. They are so afraid to atone for their crimes that they choose to commit mass suicide rather than face justice”.