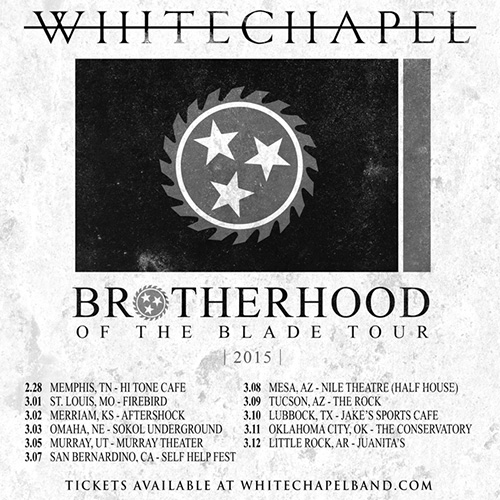 Whitechapel have a new video for the very dark and tragic “Let Me Burn”, perhaps their most brutal offering yet as a single. Fans of Cannibal Corpse’s recent “Kill Or Become” or other metal videos combining disturbing imagery and intense sounds will likely be pulled in.

Vocalist Phil Bozeman explains: “The basis of the video is about a man, his wife and daughter. The story depicts the degradation of the man and him going insane. He kills his wife and eventually douses himself in gasoline and begs his daughter to strike the match. But the whole point of the story is that the man has everything he wants and needs, but has no control over his mind and suffers with clinical insanity/schizophrenia and regrets everything he has done.”

Guitarist Alex Wade adds: “It’s our first time trying a story based video versus a performance video with us playing and we’re really happy with how it came out. Phil’s idea for the concept of the video mixed with Mitch Massie’s directing developed a very dark and sinister feel that represents the song well.”

Check out the video, currently hosted by Bloody Disgusting, at THIS LOCATION.

The undisputed leaders of deathcore are on tour now.