Whitney Houston, Her Life and Death Felt Even in the World of Heavy Metal 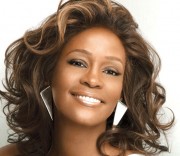 In case you haven’t heard by now or if you haven’t noticed that your Facebook for the past few hours is all about Whitney Houston, one of the world’s most well known artists has dad at the age of 48. Even though she may had have nothing to do with metal, we’ve all heard of her and many of us have been forced to watch “The Bodyguard” or “Waiting to Exhale” at some point in our lives.

The genre and generation defying ways of a musical icon is ever evident in the multiple social media posts from many of those in the world of metal. Check some of the postings here.

Otep (Facebook): R.I.P. Whitney Houston, a gargantuan voice but couldn’t sing her demons to sleep. It’s just so senseless. Much ♥ to her family, friends, & fans. #OTEP

Bret Michaels (Facebook): My deepest condolences to Whitney Houston’s family and friends. I first met Whitney when we were in Rome on tour. I couldn’t sleep so I went down to the lobby. There she was sitting on the couch reading a book, apparently she couldn’t sleep either. We sat and hung out chatting for quite a while. She was awesome. Over the years, we ran into each other at several other events, the most memorable being when we were performing in Rio for the Hollywood Rocks festival. I happened to walk up to my room from the pool where a bunch of us had been sitting and saw the news about the Northridge earthquake. I remember telling her, the guys from Aerosmith and others about the news… Again… what a great person with a great voice and amazing talent. She will be missed. My deepest condolences to Whitney Houston’s family and friends.

Morbid Angel (Facebook): Deeply saddened with the news of the death of Whitney Houston….RIP..!!

Massacre Records (Facebook): Whitney Houston’s dead. Even though it’s still unclear what caused her death, it’s always sad to see the downfall of musicians – especially when some sort of addiction was part of the musician’s life.

Sebastian Bach (Facebook): This is hitting me hard. I used to sing ALL of Whitney Houstons songs all the time. I absolutely loved her voice. I practiced along to her songs countless times & her music affects me deeply. I cannot believe how temporary life is. How fragile music is. Everything you know, everything you hold dear can be ripped away at a moments notice & you won’t even see it coming. I always figured Whitney would record another record that would blow us all away. So sad that was not meant to be. 48 years old? Ugh. It makes me sick. Such a loss RIP Whitney Houston My condolences to my friend Bobby Brown & his children.