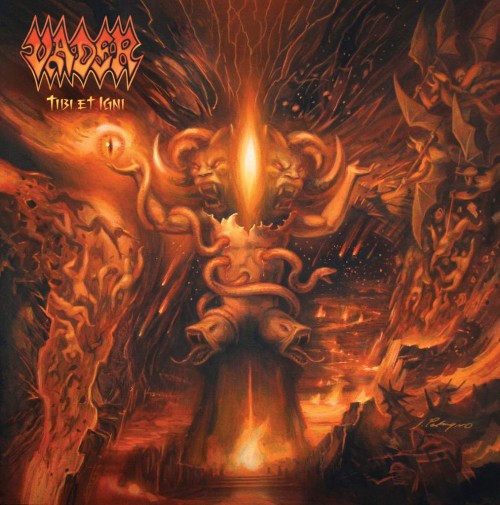 Sometimes I wonder if people heard the same records or saw the same films I saw. Sepultura’s The Mediator Between Head and Hands Must Be The Heart was a Metropolis referencing winning meld of the band’s nu tribal styles with their thrash roots, full of nasty drum attack, thrashing riffs and a feral performance from the politically fired up Derrick Green on songs like “Trauma Of War” and “The Vatican”. It even had Ross Robinson producing, but it wasn’t as praised as it should have been. Can you seriously go to Brazil’s finest’s Wikipedia page, look at their discography and not see as many good albums as the Max Cavalera led version? The band continues to do great and meaningful work even with a smaller fan base. But we’re here to talk about two records most metalheads won’t be divided over.

It is hard to fuck with Poland when it comes to death metal. Is that even an issue?

Behemoth‘s The Satanist is widely being praised by critics as their finest hour to date, while Nuclear Blast’s 2014 release of Vader‘s Tibi Et Igni is nothing less than a total victory, a shot of hellfire in the arm of death metal for fans worldwide to covet. Bombast and utter chaos executed with deadly accuracy by metal masters is an earmark of both records. Symphonic and tempo experimentation add shade and contrast to plunging depths, careening solos and sick fucking drum sounds/performances. But the reason they are heads and devil tails above the pack is not what you might think. Pride. It isn’t that these are the most evil, the “best” thing they’ve ever recorded or even that they are really clever records full of ambition. 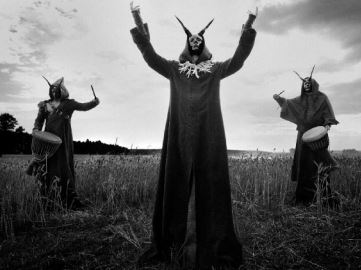 Pride as a sin is ugly, it is gloating and bloated with insecurity that manifests as racist hate, a superiority complex , misogyny or corporate bigomy. It is not caring enough about the real world to notice that you are destroying it, or to be so self serving as not to care. True death metal acolytes like Behemoth and Vader are usually about freedom. That does not mean no accountability, if anything the wisdom to be gained from a non-Orthodox satanism or self pride based lifestyle is that we are part of a vast universe and thus should be free to attain our own apotheosis/gnosis of self. Be it through expression without suppression (within the limits of a civilized society that doesn’t let murder snuff porn films on television, for example). But other intense expression is ok.

Behemoth and Vader have a pride in craftmanship, a pride in composition, a pride in setting moods, barking vocals with powerful lyrics that challenge existence itself at times. Searing and technical solos that still make you feel! Yet it doesn’t reek of hubris, instead…purpose. When Nergal declared today that any bands not willing to gig in Israel during the fighting are “pussies”, you couldn’t help but cheer his gusto and dedication to the fans of his band in the fighting zones. That is fucking metal. Playing as close to Russia as you can when they have kicked you out is metal.

Take pride in what you do, even if it is mopping a floor. Your name is on that floor. Don’t associate with some place you can’t tolerate eating up your life. Every breath is a sacred fire, a gift from the moving heart of this Universe and all time. I’m real proud of my pal Dylan who opened a pizza place with his wife and busts his ass. He’s an average joe, but he can threaten to fire his linen service cuz the linen company rep said Ozzy sucked. That is awesome!!! Behemoth and Vader are like that. You can’t stop this bum rush!!! 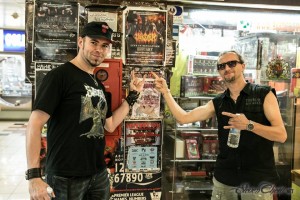 The title track of “The Satanist” or “Blow Your Trumpets Gabriel” hit with such fury and eruptive revelation that it will stamp out doubts like dying embers ground to ash under a strong boot heel. I’d argue that the less-heralded veterans Vader have made something nearly as potent, with the rock hard charge of “Triumph Of Death” a serious contender for death metal song of the year, a grunting wrestling match with life itself that ends only when every last ounce of fight is spent. Or is it? “The Eye Of The Abyss” is flies nearly as close to the sun as some of the best heights/depths of Dis reached on The Satanist.Sure, Septicflesh made Titan this year as well, but the combined might of these two Polish albums should be a source of national celebration. Goatwhore put out Constricting Rage Of The Merciless this year, but I consider them more blackened thrash than a death metal band. And Vader’s “Hexenkessel”, don’t even get me started on the might of that song. 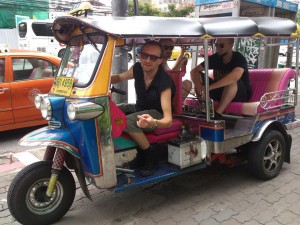 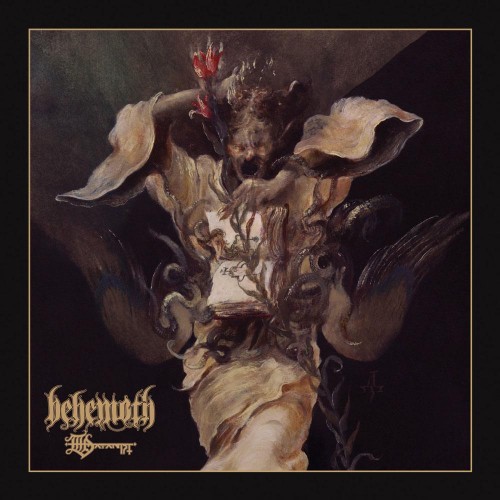