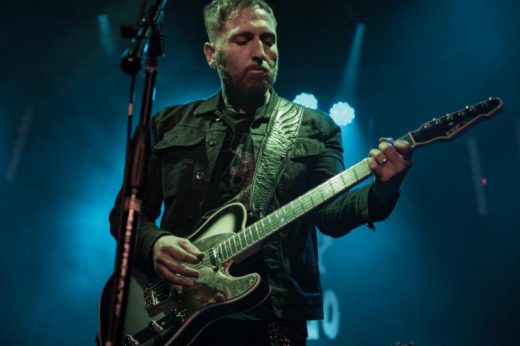 Hello my Hell spawned goons. Hope your lives are gonna be unshitty as we move through some weird astrology shit the next few days. I have a LOT of cool news for ya.

We fucking LOVE Monte Pittman around here. The ex-Prong and current Madonna axe man is a fucking riff maniac and a super cool guy, truly a gifted metal and hard rock player with his solo band and honestly creative and inspiring on anything he goes near. Now we have the very cool word on the street that he is gonna be touring with Sebastian Bach! Just saw Bach in Poughkeepsie a week or so back and it fucking rocked (read a review HERE)! I can imagine that this pairing is gonna get some fists pumping and kick major ass all around.

Set to commence September 26th and run through November 3rd, the trek, which includes additional support from One Bad Son, will find Pittman supporting two new solo albums, Better Or Worse and Between The Space, set for release via Metal Blade Records. See all confirmed dates below.

“Better Or Worse” is now available for Pre-Order at @metalbladerecords website & anywhere you listen to music! Get the first track, “Depth Perception”, now!!! Full album release date is August 31st. Check out the amazing artwork and new logo created by @aaronlea – I can’t wait to play these new songs on tour with @sebastianbach & @onebadson this fall!

Pittman comments: “The album Between The Space is a heavy album that gets straight to the point as soon as it starts. The theme is about connection, alignment, and what divides those things. As always, when I write, my goal is coming up with the material that fits in my live show. I did everything on these albums. I wrote it all, I played every instrument, I recorded it, and I mixed it. The only thing I didn’t do was the artwork (by Aaron Lea) and mastering (by Alan Douches). It was a challenge having so many tasks. It was a luxury being able to take the time and get everything just how I wanted it. It was a learning experience, and it was a lot of fun making it.
The album Better Or Worse is an acoustic album but it feels like a heavy album. The theme is about being attached to something or being unattached. It could be an idea or a thought process. The softest part of the album has the heaviest lyrics. It builds instrumentally as the album progresses. I wanted the tone of each track to be a little different from each other. Better Or Worse and Between The Space both mirror each other and they are polar opposites. The idea is to have something there for the people who like my heavy music, something for the people who like my acoustic music, and something for the people who like the variety of both.”
For a preview of both albums, visit: metalblade.com/montepittman where the new singles “Depth Perception” (from Better Or Worse) and “Evidence” (from Between The Space) can be streamed.

“Between The Space” is now available for Pre-Order at @metalbladerecords website & anywhere you listen to music! Get the first track, “Evidence”, now!!! Full album release date is August 31st. Check out the amazing artwork and new logo created by @aaronlea – I can’t wait to play these new songs on tour with @sebastianbach & @onebadson this fall! 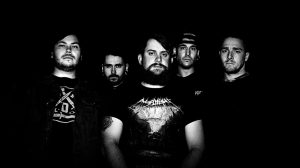 Toronto’s CREATURES sophomore EP “II” is due out this Friday, July 20th via their indie label Old Haunt Records. Fans of Upon A Burning Body, Carnifex and the like will dig the skull smooshing deathcore sounds the band churn’s out with the ease of blood pouring from a gaping wound. The band have been building their resume of radness for a few years now and are set to make a bigger impact if they keep moving forward strongly.

And Cannibal Corpse have a fucking AWESOME tour lined up. I can’t even believe how heavy this one is, phewww! Hate fucking Eternal and Harms friggin’ Way are along for the ride. Tix on sale Friday.

US tour dates with @hateeternal and @harmsway13 announced! Tickets on sale this Friday.