Witchery to return with “I Am Legion” album, release new video 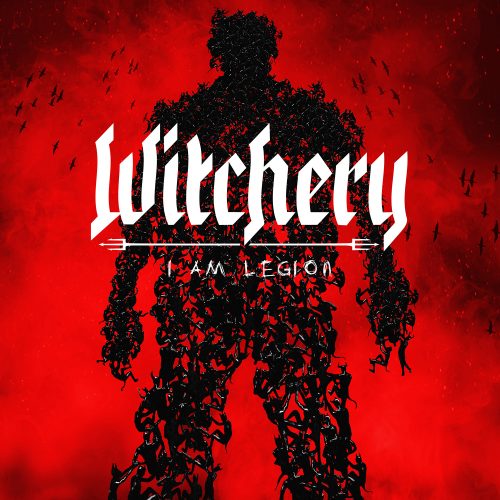 Witchery knocked it out of the park with In His Infernal Majesty’s Service and now seem to have really gotten their devilish groove back after the long half decade gap between Witchkrieg and that album. IHIMS really should have made our staff year end best of list last year but thankfully we were hacked and lost a ton of site content so now you can’t see how we screwed up and didn’t include it. “Nosferatu” jams so gosh dang hard, we really screwed up.

We have another chance! Witchery are back already with a Century Media follow-up and are once again crushing it with the current band roster. The Swedes of charred thrash and gnarled emotional thickets shall drop I Am Legion in early November. Toxine/Legion/Emperor who?!! Angus Norder is turning out to be a real keeper (we hope)! Norder is joined again by Jensen (Guitar), Rickard Rimfält (Lead Guitar), Sharlee D’Angelo (Bass) and Chris Barkensjö (Drums). The album was produced and mixed by Daniel Bergstrand at Dugout Studios (Behemoth, In Flames, Meshuggah) and comes packaged in powerful artwork completed by Andreas Diaz Pettersson (as seen above).

Check out first taste “True North” (not a Bad Religion cover, though that would have been wild) below! Frozen wastes! Snarling! Evil!