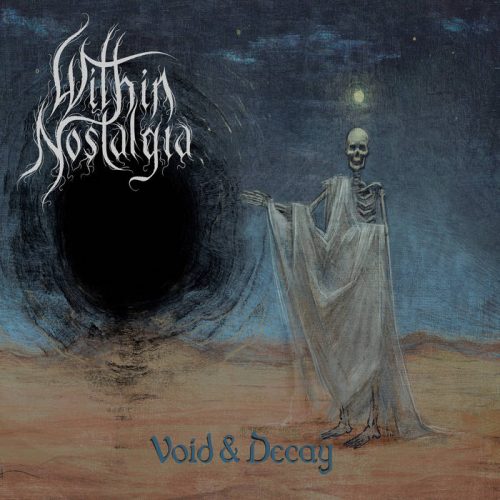 The new release Void & Decay from WITHIN NOSTALGIA drops today, a well produced yet spirited blend of creative expression, oppressive musings and glimmers of hope. The five song effort is a cool late year addition to a 2020 that was stuffed with impressive material from many artists in the metal world, as worthy as anything else out there of your time and more so than many. The digital album is just $5 on Bandcamp and could appeal to fans of colder USBM or psych metal. I would kill to see them play a concert with Cardinal Wyrm, who also just released a super trippy and killer late 2020 effort.

There is a video for my favorite track from the release called “Desideratum” you can vibe with below.

Refusing to be restricted to a single sub-genre, Within Nostalgia flirts with a wide range of influences, including black, doom, and death. The band comments on the album:

“We’re very excited to put this release out. Not only for fans but for ourselves as well since we’ve really found our sound and direction. You can obviously tell there is a black metal influence but it’s so much more than that on this album. We’ve really embraced the strangeness of our sound and let go of any preconceived notation of what “metal” is to us.”

I am gonna be sure to crank this a bunch as I channel the weird energy building up to the important December 21st, 2020 Jupiter and Saturn conjunction, baby.